RIVERSIDE – Kelly Moreau, whose mother was murdered in 1995 by her abusive boyfriend will share her story during a panel discussion at Stop the Pain Teen Summit on April 20 at California Baptist University.

Debbie Moreau was beaten and then strangled to death by her live-in boyfriend who then wrapped her body in a sheet and left her in a second room of the apartment while doing drugs for the next week.  Kelly, who was 15 years-old at the time of the murder, will recount chilling memories about her mother and abuser in an effort to prevent youth from becoming involved in abusive relationships and inform them of warning signs and the dire consequences.

Michael Garrett, Debbie’s murderer was found suitable for parole in 2011, but the Governor reversed the decision after Kelly and her brother Shawn enlisted the help of Marsy’s Law Attorney Todd Spitzer.  In September 2012, Riverside Prosecutor Debra Postil appeared at Mr. Garrett’s parole hearing with Kelly, Shawn and Spitzer where he was denied parole.  Ms. Postil, who also grew up in a violent home and is the author of The Mamacita Murders, a domestic violence legal thriller and Co-Founder of Women Wonder Writers recently stated, “Giving victims a voice is important so I thought Kelly would be a good fit.  She’s excited about it.”

Kelly will join the Behind the Walls Panel alongside Supervising Riverside Prosecutor Gerry Fineman, Victim-Services Advocate Katie Gilbertson, and Riverside Police Department Detective Rick Wheeler.  The Panel will be moderated by Kacey Sutton, Women Wonder Writers Vice President and Riverside Prosecutor.  Kelly is one of many Summit speakers, which include Dave Pelzer, the author of the New York Times Bestseller A Child Called “It.”

Stop the Pain is a Teen Summit for youth ages 12-22 and their parents, which will be held on Saturday, April 20, 2013 from 9:00 a.m. to 4:00 p.m. at California Baptist University, 8432 Magnolia Avenue, Riverside, CA.  The Summit is being hosted by Women Wonder Writers, The Positive Results Corporation and Street Positive in collaboration with California Baptist University School of Behavioral Sciences and is sponsored in-part by Riverside County Department of Mental Health, Riverside Deputy District Attorney’s Association, Riverside Board of Supervisors and Farmer Boys.  FREE breakfast and lunch is included as well as raffles, gift bags and informational booths. 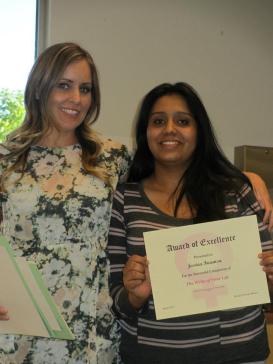 When you post a blog, you’re sending thoughts, hopes, and opinions out to the Universe in hopes of moving someone or at least, being heard.  It’s the same feeling when you publish a book, deliver a speech or start a company.  You take a leap of faith and hope for the best.  Giving kids a forum – to say what they want to say, paint what the want to paint, and write what they want to write – has been WWW’s focus for the past couple years.  Slow and steady – we’re empowering one youth, one group, one neighborhood at a time – because they deserve it.

So here’s to Nikki – BRING IT!

RIVERSIDE – Dave Pelzer, New York Times Bestselling Author of A Child Called “It,” will kick off April 20th’s Stop the Pain Teen Summit with his Help Yourself For Teens presentation.  Dave will offer youth a message of accountability and resilience no matter their past or hardships.  Growing up, Dave was viciously beaten and starved by his mother, an alcoholic and emotionally unstable woman.  She tortured Dave with games that nearly left him dead.  But Dave kept his willpower to survive despite being treated as a slave and a child called, “It.”

Don’t forget, “Your experiences—the good, the bad, and the ugly–are what make YOU. No person is without conflict – but it is how you deal with those conflicts that determines who you are,” Dave Pelzer.  See you at the Summit!